The Artistry of Méthode Champenoise

The actual transition from a still wine to a sparkling wine is more an evolutionary process which can occur quite naturally. The “accidental” discovery by the 17th century Benedictine monk Dom Pérignon, is more of a historical tall tale.  Monks were some of the first researchers interested in wine making, documenting the process and their discoveries.  Dom Pérignon and others furthered the development of méthode champenoise into the complex process of producing bottled fermented sparkling wine that is known today. So, while the process is old, and accompanied by many tales, it is still considered by many to be the only method for making sparkling wine. Certainly it is the only way to make a true Champagne! 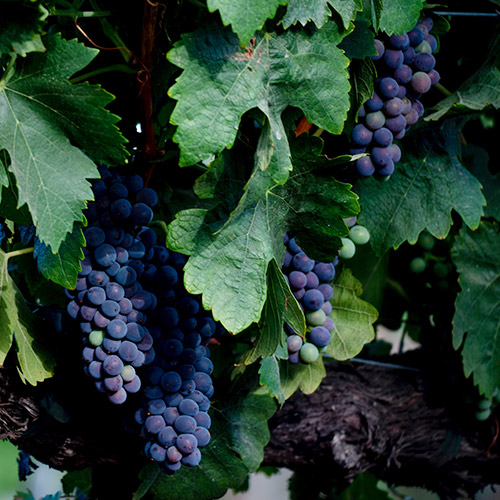 It’s all about the grapes

While the wines of Champagne can only be made with Pinot Noir, Chardonnay & Pinot Meunier, the rules for sparkling wines outside the region are much more flexible; however, Chardonnay and Pinot Noir are still the preferred grape varietals used by many winemakers who produce sparkling wine.

Here at Carter Estate Winery, we work with estate grown Chardonnay, Pinot Noir, Pinot Blanc and Pinot Gris grapes for our sparkling wines. Harvest begins in late July or early August, depending upon weather conditions. After rigorous testing to ensure the quality and maturity of the fruit, the grapes are hand harvested and whole cluster pressed; free run and light press juice are separated from the harder pressed fractions and fermented separately. Ideally, the lighter the extraction of the juice, the more delicate and nuanced the final cuvees. Harder pressing of the grapes extracts compounds from the skins that can give an unwanted bitter or tannic finish.

Once the juice settles and clarifies, usually after one or two days, the clear juice is separated from the solids (lees) and the primary fermentation process begins when yeast is added to the tank. This fermentation lasts for approximately 2 to 4 weeks as the yeast slowly converts the grape sugar into alcohol and carbon dioxide. At completion, the young wine (cuvée) has a high acidity, low alcohol, and little to no sugar.  It is then allowed to settle and clarify for a month to six weeks before being analyzed and given the winemaker’s scrutiny.  Each lot of cuvée must meet the criteria and quality assessments of the winemaking team before being considered for the final blend.

During the blending process or “assemblage”,  the various wine lots are combined at proportions determined by the winemaker. These lots of the different varietals, various press cuts, barrel fermented lots or even wines from different vintages are selected, tasted and finally blended in order to achieve the desired flavors for the selected style. (Here at Carter we have four styles: Blanc de Blanc, Blanc de Noir, Brut or Presitge). This is one of the most important phases in sparkling wine production as it dictates the overall character of the sparkling wine.  Once the blend has been formulated, fining may occur to insure that the final blend is smooth and seamless.  Cold stabilization of the blend is the last step prior to tirage bottling. This important step insures that any excess potassium and grape acid will precipitate in the tank and be removed from the wine.

At this point, the blended cuvées are transferred to a tirage bottling tank, along with an actively fermenting yeast culture and cane sugar. It is imperative that the amount of sugar added is exact, because it is this sugar addition which will provide the yeast a food source. In turn, the yeast will produce the CO2 needed for the tiny bubbles and a small additional amount of alcohol. Avoiding the development of too much carbon dioxide is very important because it will negate excess foaming at disgorgement, and worse yet, too much sugar at tirage could lead to excess gas production and bursting bottles due to over pressurization. The secondary fermentation will ultimately result in a sparkling wine consisting of 12%-12.5% alcohol and a final pressure of 5.5 to 6 atmospheres (80-90 psi).

The bottles are filled with the yeasted, sweetened wine and a tight seal is formed when a thimble-like closure known as a bidule, is forced into the top of each bottle. This bidule will also capture the decomposed yeast and any remaining solids within the bottle during the riddling process. Lastly, a temporary crown cap closure is affixed and the wine is allowed to rest and ferment. The secondary fermentation usually takes 6 to 8 weeks to go to completion.

Once the secondary fermentation is complete, the newly carbonated wine will begin the slow process of bottle aging. The bottles are left undisturbed for 3 years (5 years for our Prestige) in order to allow the yeast to breakdown and flavors to integrate. During aging, the cellular structure of the yeast degrades into various amino acids (the building blocks of the yeast cell) in a biochemical process, known as autolysis. During this stage of the process, the wine undergoes a number of changes and ultimately develops its yeasty, toasty bouquet and complex fruit character. Once the winemaker has determined that the wine has aged to perfection, the winemaking team will begin the ridding process.

The riddling process was developed in the latter part of the 19th century; prior to that, sparkling wines were consumed with the yeast still present.  The riddling process helps clarify the sparkling wine by the physical movement of the bottle to encourage the yeast sediment to move down the bottle and into the neck.  After aging, the bottles are placed in wooden riddling racks which hold the bottles at an angle, pointed neck down, to allow the dead yeast cells and any other sediment to settle down toward the bidule in the neck of the bottle. Each day the bottles will be turned by hand a quarter turn, (clockwise or counter-clockwise) to allow only slight movement and minimal disturbance, thus forcing the solids to gently move to the desired location at the end of the bottle neck.  Riddling takes around 4 to 6 weeks if done by hand, but the process can be sped up through mechanical riddling with machines to as little as 10 days. 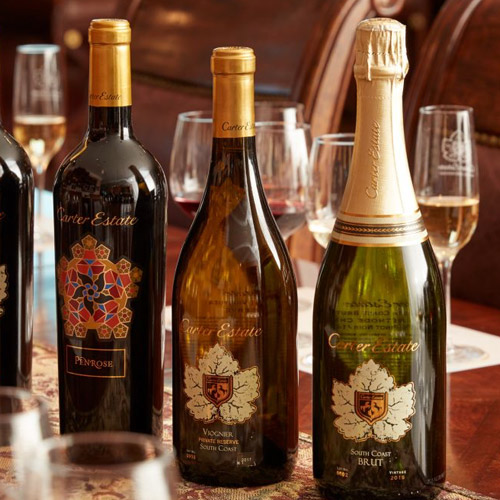 Once the wine is free of yeast residue, the bottles will be gently removed from the riddling racks so as not to disturb the yeast sediment, and kept in a neck down position. This is called en pointe. The en pointe bottles are then placed in a 35⁰F cold-room to chill the bottles of wine.  This chilling helps to facilitate the disgorgement by keeping the carbon dioxide gas in solution and minimizing the foaming that can occur when the crown cap is removed.  The chilled bottles will then be placed in the neck freezer, which only freezes the first inch of sparkling wine in the bottle neck. A small plug of ice encapsulates the yeast sediment and when the bottle crown cap is loosened, the bidule, along with the ice plug and any sediment, will be expelled by the pressure from within the bottle. Of course, this process results in a small loss of sparkling wine, so a dosage, composed of sugar and wine will be added to top off the bottle and to adjust the final residual sugar of the sparkling wine. The bottle is then corked and secured with a “muselet” or wire cage to secure the cork. The bottle will be gently shaken to incorporate the dosage.  At the end of this process, the bottles are washed, dried and dressed with a decorative foil capsule.

The finished bottles are packaged and returned to the aging cellar where it is allowed to rest for 6 to 8 weeks. This resting period allows the added dosage of sugar and wine to marry with the sparkling contents of the bottle and the “shock” of disgorgement to pass.  Finally, following this last resting stage, the sparkling wine is ready for release and enjoyment!  Our sparkling wines are tailored to improve with time on the cork, and can be cellared for an additional 5 to 10 years, depending on the consumer’s patience and flavor preferences.